Greenpeace on fighting the dark side 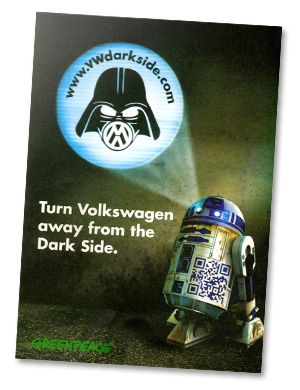 I was taking a walk down Old Street last week and was intrigued to see an experiential installation themed around Star Wars.

I immediately assumed it was designed to support the ongoing Volkswagen campaign, but on second glance the inverted VW logo caught my eye.

Greenpeace have decided to take on Volkswagen’s stance on opposing key European climate laws. I’m not sure why they felt that VW should bare the brunt, perhaps because its the largest manufacturer in Europe? Greenpeace go on to state “…if its sinister presence is left unchallenged, car companies will pollute and destroy the earth…”. That sounds more like its directed at the motoring industry as a whole. The campaign goes on to say that VW have the best engineers on the planet and should be turning away from the Dark Side and should encourage the development of cleaner motoring.

Anyway, I think its a good cause all in all and a nice little campaign which included a full building wrap across the street and also a comprehensive microsite. 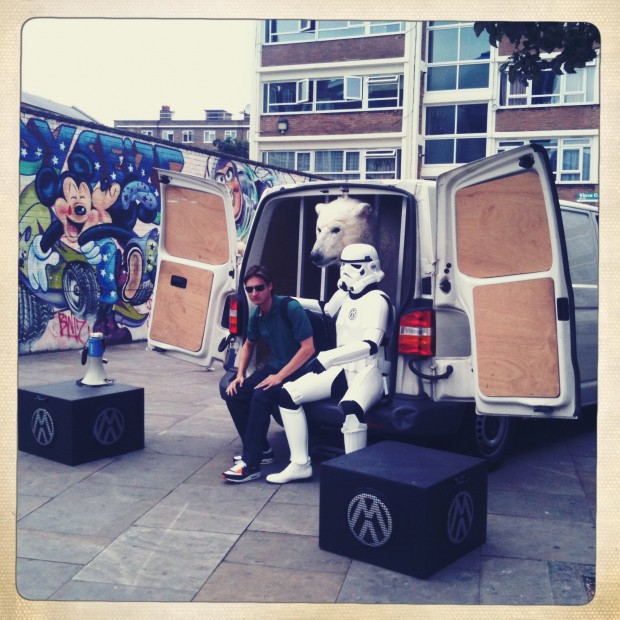