Light based visual identity created for The Sixteen

Firedog has created a series of stylised portraits for a leading Choir. The Sixteen is a choral ensemble and period-instrument orchestra which routinely tours all around the UK. We were tasked with creating custom imagery for their singers and conductor, Harry Christopher. The visual identity mimics the tone of the music.

We struck upon the fact that the typical venue (a cathedral or other noble building) has the most fascinating lighting conditions created by natural light. We set about replicating a look and feel that put the singers in the aural environment using colour and light. 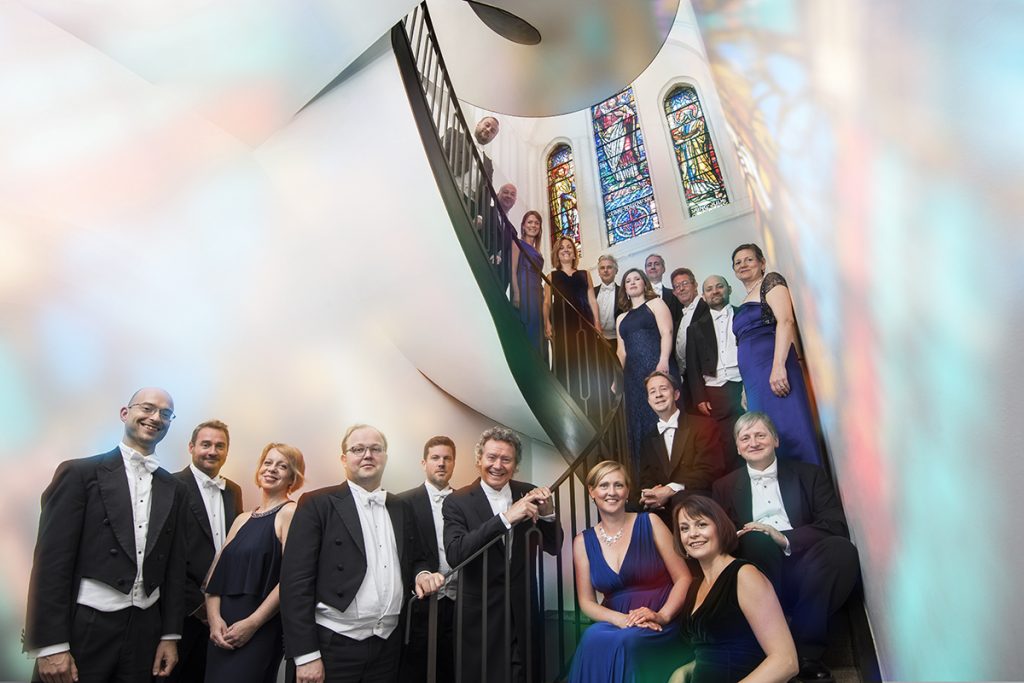 The Sixteen on a staircase

We hired a specialist shot location just outside of London and undertook a complicated photoshoot. The location is a converted old church which has been transformed into a contemporary residence. We needed to shoot both large group shots and smaller breakaway shots. These images were then post produced using various composition techniques. The images went through many development stages in order to create the right look. We used abstract lightwaves and soft bokeh like shapes in order to create a soft, approachable aesthetic. We wanted to distance the imagery from the medieval tones which were previously used. 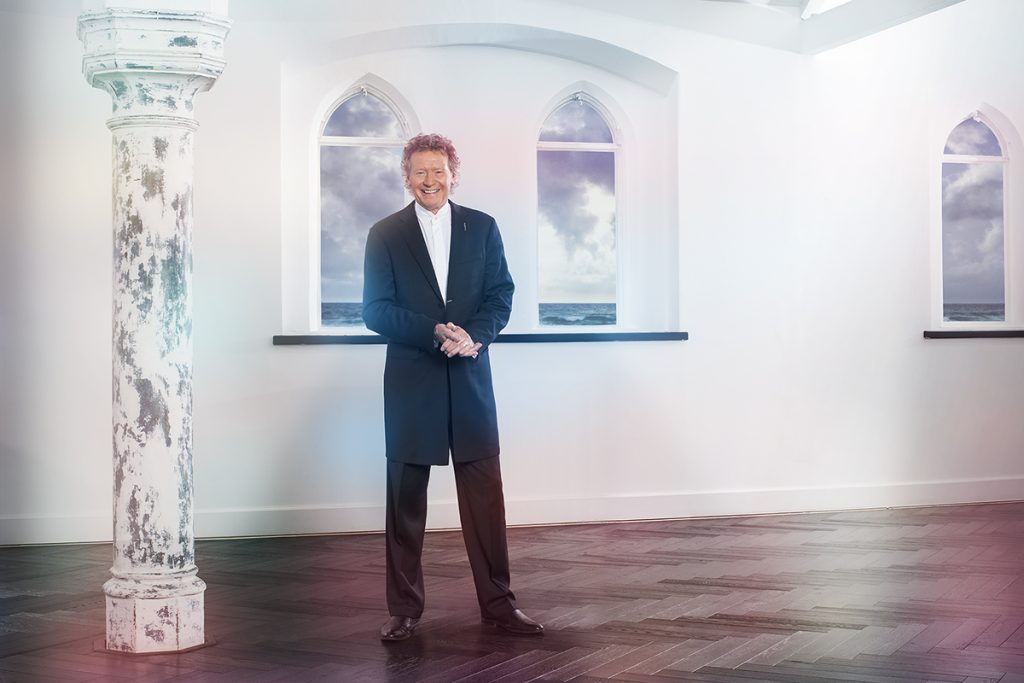 Following the production of imagery and visual identity we designed a set of key pages for the Sixteen’s latest tour brochure. This was then adapted and rolled out by the client and their team. 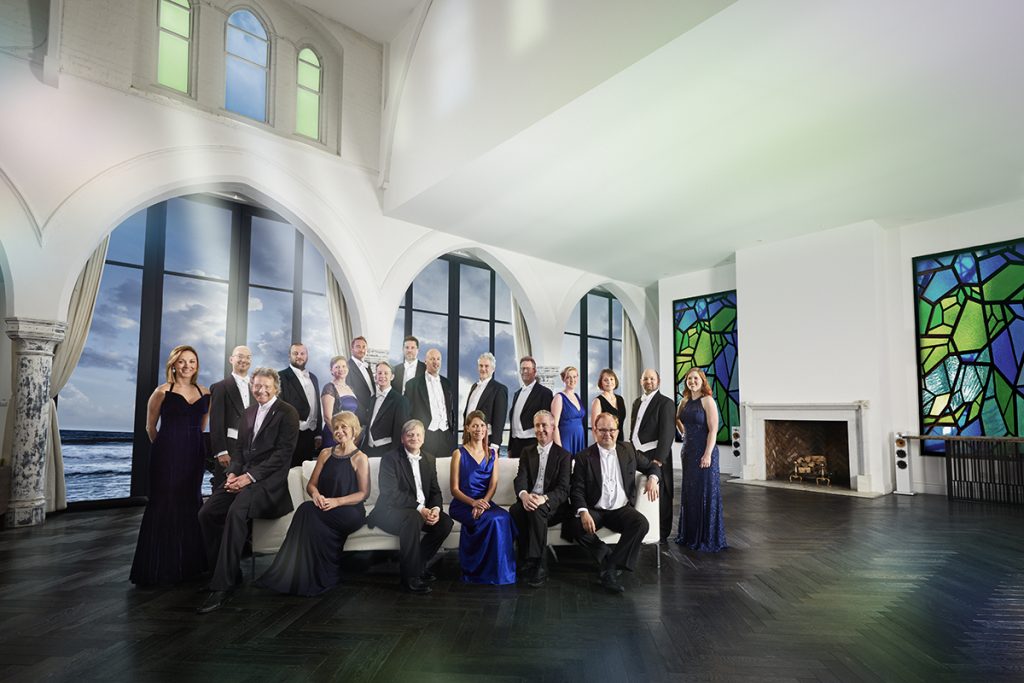 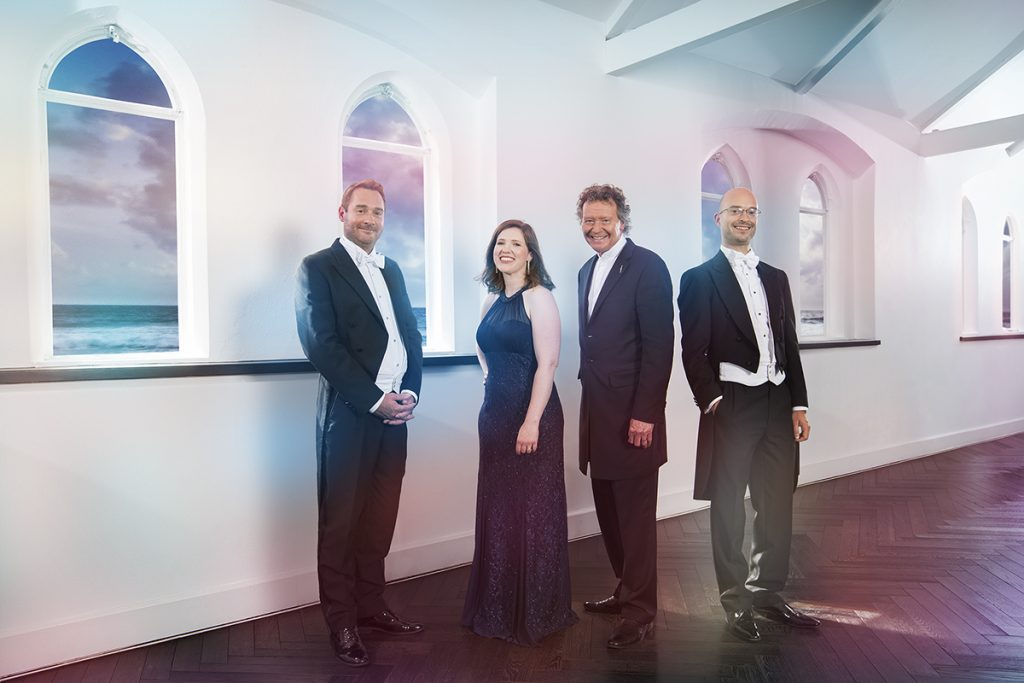 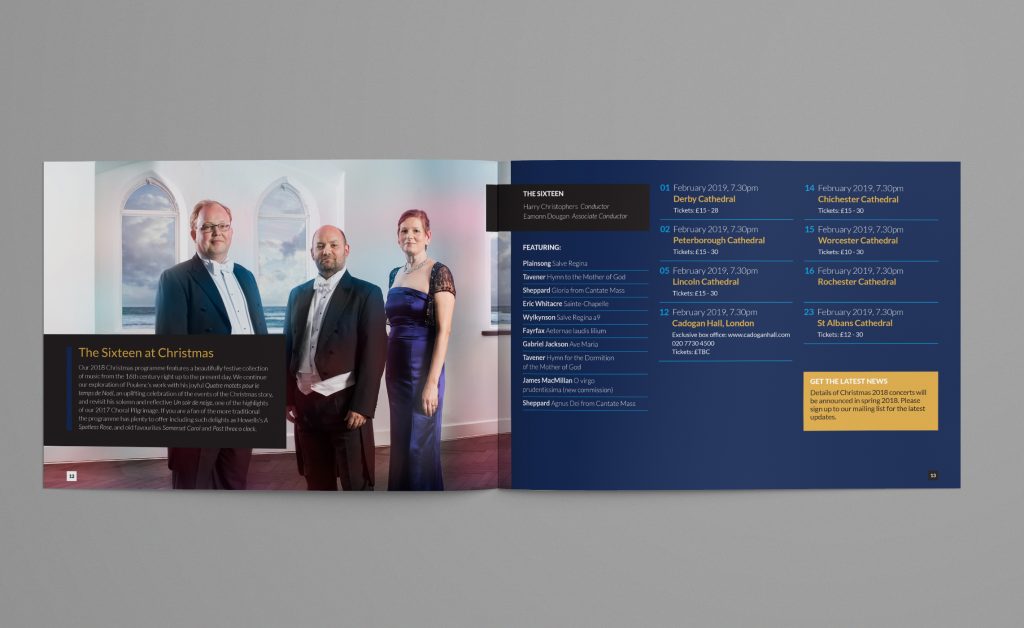 An example spread from the what’s on guide.