From start-up to acquisition in just 12 months

It’s great to hear when our old Firedog staff go on to do fantastic things.

Gareth Knight was Firedog’s Digital Manager a couple of years back and left us to go it alone with a start-up technology consultancy in 2005 he started called Technovated. In fact, Gareth even helped us set up the Fireblog as well as other digital related systems and infrastructure when we were based in Soho. (Seems like a long time ago!).

We have just learnt that MyHeritage, one of the world’s most popular family websites, announced the acquisition of family social network Kindo. Gareth and his partner, Nils Hammar, set up Kindo in 2007 from a small office in Putney using their skills in web development, coding, planning and just about everything else you need to get a tech start-up off the ground!

So, Gareth from the rest of the Firedog team we say, ‘Bravo’, ‘Nice One Mate’ and ‘Shit, why didn’t we discuss any damn share options with you…’ 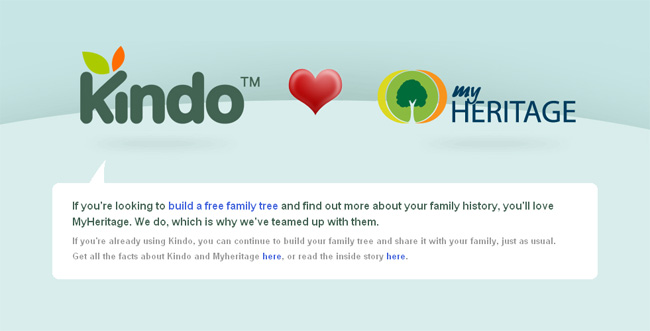 Founded in 2007, London-based Kindo is an internationally focused web-based family networking platform that spans generations. On Kindo, users can build their free next generation family tree and stay in touch with their loved ones. Kindo is available in 17 languages, as diverse as Arabic, Chinese, Russian, and Hindi. The company is funded by high-profile business angels and venture capitalists, including The Accelerator Group (TAG), Stefan Glänzer (last.fm, myblog.de, ricardo.de) and Ambient Sound Investments (ASI), the investment company of Skype’s founding engineers. http://kindo.com

MyHeritage has more than 25 million members worldwide and is known for its powerful technology that helps families research their history and stay connected, including Smart Matching and automatic photo tagging. The Kindo team’s experience in social networking will help MyHeritage realise its vision to be the Facebook for families. As part of this acquisition, MyHeritage will also establish new commercial operations in London.