Engage your own audience, utilise your own data…because the media doesn’t care 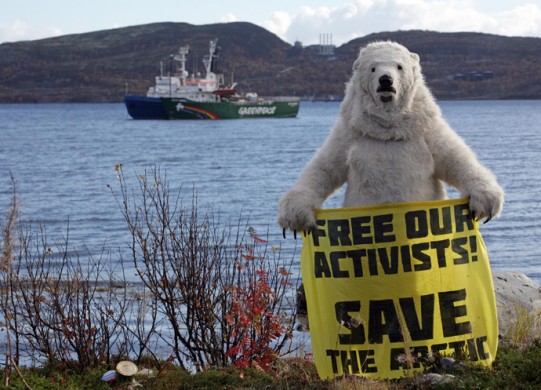 Over the last week, I’ve been surprised about the lack of airtime given to the capture of 30 Greenpeace members by Russian authorities.

Having  just listened to the morning news confirms that it’s a non-story. The capture doesn’t feature amongst the top stories on the BBC news website, yet the stories “why do people lie about their age” and “GTA V gamers warned about bug” do!

Just in case you missed the tiny bit of news coverage this event has received, here’s what happened. Last Wednesday, two crew members of Arctic Sunrise tried to scale a platform owned by state natural gas company, Gazprom. The next day, armed Russian coastguards boarded the ship and held all 30 crew members at gun and knife point, claiming they had taken part in an act of piracy. They were held by Russian authorities without any formal contact with anyone outside the ship, including legal teams, for over 5 days. The ship was finally towed to Murmansk yesterday, where the crew were taken for questioning. 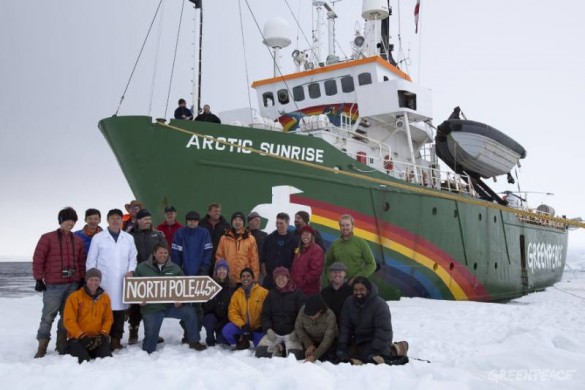 Although there is a lack of media coverage of this event, 461,054 emails have been sent through the Greenpeace website to Alexander Vladimirovich Yakovenko (Ambassador of the Russian Federation to the United Kingdom). And how did so many people find themselves on the webpage holding this email template?  Through Greenpeace’s fantastic use of data. As a member of Greenpeace, I’d expect an email about it, but Greenpeace really have utilised their data to get the word out there – not just to members but to all 4 million people that have signed their Arctic petition so far.

I’ve received text messages and a series of emails with updates about the Arctic Sunrise situation from Greenpeace. Even though there’s little out there in terms of updates about the crew, Greenpeace haven’t been sending the same stuffy emails. They’ve been from different points of view and they personalise the people on board – making each communication readable and interesting rather than the same thing mashed up again. I’m not bored of the updates, as I would be from most charities and companies because even in this emergency situation, they’re mixing their communications up and making them interesting. 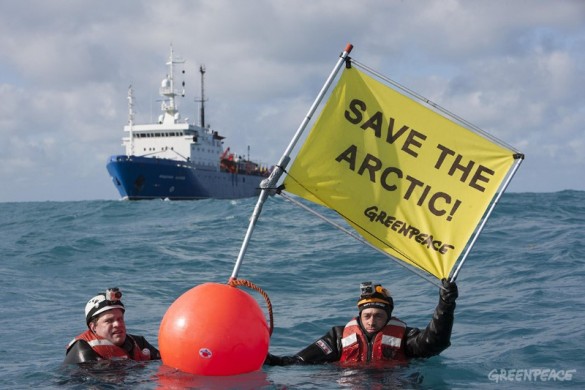 The bottom line of all comms is “free our activists”. With Greenpeace’s campaign, however, the content differs and actually gives you more information than any of the UK news outlets (apart from a few good Guardian articles), which makes me actually stop and read the emails. Greenpeace are demonstrating good practice that could be translated into any email comms campaign, regardless of what you’re communicating – you could even be running a campaign about the benefits of drilling for oil!

Greenpeace are actually fantastic at communicating. I saw them at festivals and events over the summer which helped grow their petition to 4 million people. These people weren’t simply asked to sign a petition. There was the Arctic Experience at Glastonbury – an area that was dedicated to educating people about the effects of drilling in the arctic through a 15 minute experience, a climbing wall to demonstrate how you’d climb an oil rig (the actions that started the seizure of the Arctic Sunrise) and organised snowball fights. At Bestival, there was also a presence on a smaller scale but the information about the cause was always engaging, rather than just the usual “can you sign a petition please?”

Greenpeace always make me smile with their campaigns. Who can forget the Shell website takeover two years ago when Greenpeace replaced it with this  Epic fail for Shell but a huge win for Greenpeace. No one messes with a multinationals social presence unless they mean business!

Previous Article Where the Music took Us: Illuminating The Barbican
Next Article London Design Festival 2013: Our Favourites