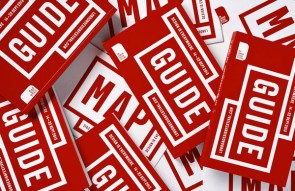 With the aim of promoting London as the creative capital of the world, last week saw the 10th London Design Festival take place. Featuring over 300 events, the team at Firedog attended a good handful. 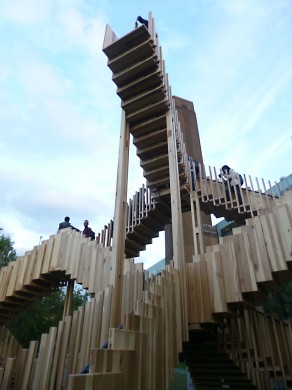 This year’s Landmark Project at the London Design Festival is the “Endless Stair”, installed outside the Tate Modern. Designed by Drmm  Architects and engineered by Arup, the public are invited  to explore 15 Escher-like interlocking staircases.The idea originated from an Escher-inspired drawing These are  made from American tulipwood cross-laminated timber (CLT), a material which is both strong and sustainable.  The construction is designed by Alex de Rijke, who works closely with designers at Arup. The designer reveals that  the idea originated from an Escher-inspired drawing. For Rijke, timber  is “the new concrete”; he predicts that it will be the  dominant construction material of the 21st century. The installation will be open until the 10th of October. 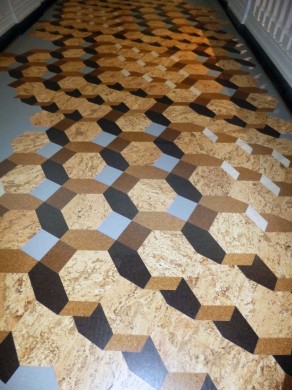 In keeping with the sustainable materials theme is Amorium’s cork corridor in the V&A. Amorim, the world’s largest  producer of cork, collaborated with London-based FAT  Architecture to challenge original connotations with the  material. The floor is made up of a series of tiles laid in a repeating trompe l’oeil geometric pattern; this is based on a scientific diagram of the cellular structure of cork as a material. Combining creativity with sustainability, FAT Architecture and Amorim aim to deliver a fresh perspective on nature’s most sustainable flooring solution.Arbel’s intent was to design a system that haphazardly yields form, almost as a by-product. 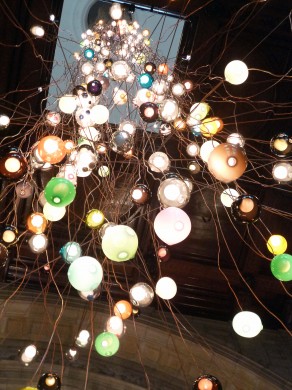 My favourite piece was Canada-based designer Omer Arbel’s 28.280 chandelier, which can be found at the entrance to the V&A. Made up of 280 handmade glass pendant lamps that are each suspended from the cupola, the effect is stunning. 28 Series pendants are the result of a complex glass-blowing technique whereby air pressure is intermittently blown into and then removed from a glass matrix that is heated and then rapidly cooled. Rather than envisaging a form, Arbel’s intent was to design a system that haphazardly yields form, almost as a by-product. The chandelier will be exhibited in the V&A until November – don’t miss it! 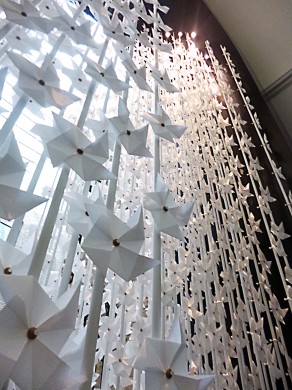 Also not to miss is Lebanese designer Najla El Zein’s “The Wind Portal”. This interactive sensory installation is a dramatic gateway of 5,000 paper windmills turning in the breeze. Visitors can pass through the hand-folded windmills as they move from the old part of the museum into the Day-lit Gallery, a new extension.

5,000 paper windmills turn in the breeze 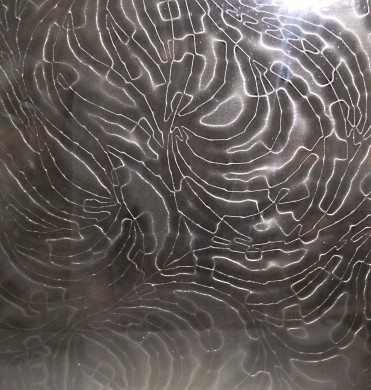 Also in Shoreditch was SCP, who presented The Special Relationship at their annual Design Department Store event. A celebration of new British and American design, SCP exhibited their Autumn/Winter 2013 collection of upholstery, furniture, textiles, rugs, lighting and accessories with designs from British and international designers.

At the Boxpark, Tusch Und Egon’s unit was getting a lot of attention. An anagram for the German “schoen und gut” – “beautiful and good”, the German team from Cologne have been selling an eclectic mix of products by international contemporary artists since 2012.  Especially noticeable were these somewhat strange yet quirky figures. Not too sure what they’re made from, but they definitely leave an impression!

The week gave us a good insight into what’s going on in the world of design at the moment, and looking at designs that aren’t solely digital or web-based is always refreshing.At the Boxpark, Tusch Und Egon’s unit was getting a lot of attention. 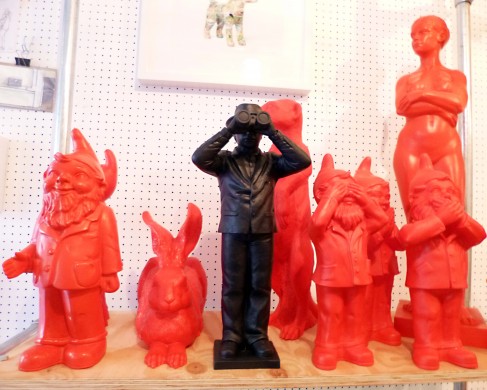 Previous Article Engage your own audience, utilise your own data…because the media doesn’t care
Next Article Death of the Hipster?