How to get a head start on a great idea 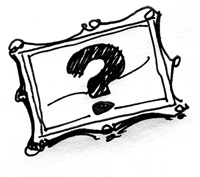 I’ve recently noticed a lot of quotes in magazines on how creative and inventive people come up with good ideas. Actually, not how they come up with ideas – But rather how they follow a process which enables the formation of a good idea as an end result.

“Produce several sketches or pieces of work over a week. Don’t try to evaluate your work right after you’ve done it, because you may not like it; and then if you also don’t like the next bit you do, you may get into a downward spiral. Sketch your work and put it aside. At the end of the third day of working like that, get the ideas in front of you and you’ll see the good ones straight away”.

This is a really insightful point that Adrian addresses. With the pressures around us to get it right now and not necessarily right – Do we ever push ourselves outside our zone of what we know? Or do we succumb to the nagging fear that we won’t get it all done in time unless we follow the formulas that we know? The most interesting fact about a good idea is that it does not follow formulas. It is contrarian in nature. Its strength lies in the fact that it broke the trend. 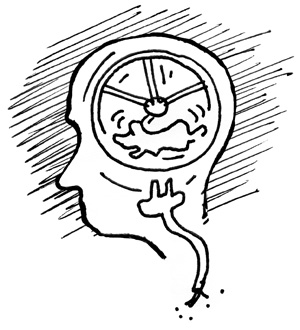 With the immediacy of our world these days, you can click your way around in your digital environment and never stop to think. Never kick yourself back from your desk and ask, ‘what am I doing’? We are in danger of losing the ability to set the foundations for idea building, never mind the idea itself. And the most ironic thing? It can actually take longer in the end – you try to get an idea urgently without stopping to think straight, you come up with crap and then you start again – Forming one of those spirals that Van Hooydonk has mentioned above.

I quite like what Terence Winter (writer for Boardwalk Empire, Mad Men and Sopranos) quotes on discussions with his colleague, David Chase (Mad Men series creator):

“Dismiss your first four ideas, whatever the first couple of things that come to you, just keep going, keep pushing, keep digging, that’s not to say you won’t come back to the first idea – sometimes that will be great, but don’t settle on it, don’t think, ‘This’ll work’ – think, ‘What else might work?’ Keep pushing…”

All in all, some wise words for those that often find themselves in a creative cul-de-sac.

{Thanks to Esquire Magazine UK edition for both references}