I spotted a very pleasing site this morning on my way in. Byron is opening right next door to the Firedog studio. I am well pleased! I’ve not even been to Byron, but I’ve heard it’s name uttered in reverence a number of times. Byron joins new Hoxton eatery Busaba Eat Thai, which all the crew have been to a couple of times. It’s nice when your little neighbourhood comes up in the world!

Now, there’s another unspeakable little restaurant venture opening up opposite Firedog called Red Dog Saloon. Hmm. I think these guys visited the site, looked around whilst dreaming up a name and happened upon our 60ft laser-cut monolith branding (okay, so its really just a door buzzer label… just use your imagination)

So there you have it, some nice new trendy kids in school and one naughty little ginger boy tagging along behind… 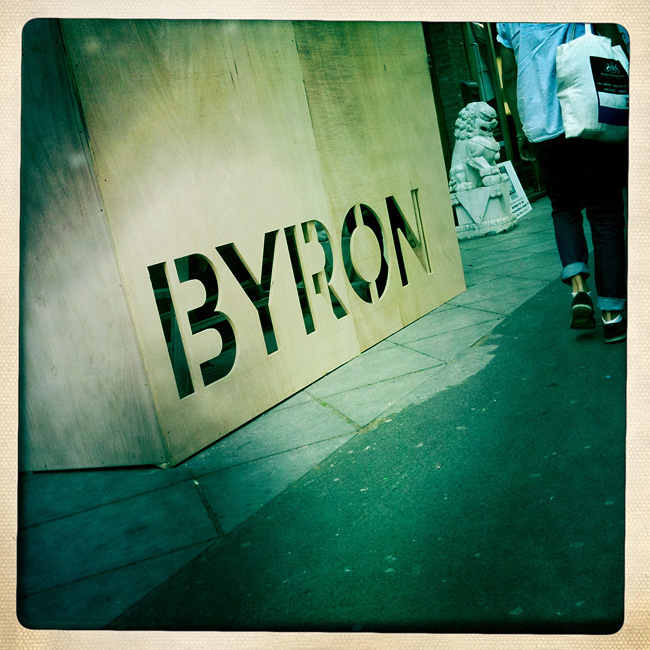