About two weeks ago I headed over to the V&A to see their ‘Hollywood Costumes’ exhibition. I’ve been chomping at the bit to go ever since it opened, and jumped at the chance of free entry thanks to a friend’s corporate membership. Going to an exhibition out of hours is always an odd experience. The attendees ranged from the suited and booted to the fake-spec wearing creative types, but generally all were of the young professional variety seeking a little free after-work culture (and a bar of course).

A fairly fast moving queue to get in didn’t put too much of a downer on things, particularly with glass in hand. Though I would have appreciated knowing in advance that drinks weren’t allowed beyond a certain point – rather they stopped those with full glasses at a table to down them before wandering off light-headed towards the exhibition.

Once inside there was some organised chaos as everyone struggled to decide what direction seemed best to navigate the exhibition and shortly the whole British queuing system died a death resulting in a jumbled free for all.

Nonetheless, it wasn’t hard to be patient when surrounded by Hollywood history. The costumes were beautifully lit and displayed with a digital screen of the actor/actress’s face for context. Information boards described the material, named the designer and often had a quote from the wearer explaining how the costume had helped them get into character. 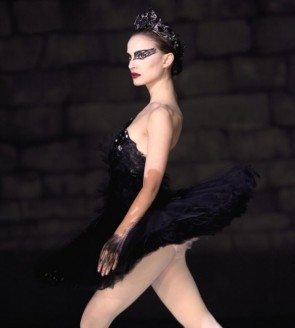 It was amazing to see all of these well known outfits in one place. To see how tiny Natalie Portman must have been for her role in Black Swan, to see how short Daniel Craig actually is and to be within reaching distance of that necklace Kate Hudson wore in How To Lose A Man In 10 Days (best film ever). Harrison Ford’s Indiana Jones outfit attracted a large crowd and Dorothy’s ruby slippers stole the show. I would have been happy to walk away with Vivian Leigh’s green curtain dress from Gone with the Wind but unfortunately it was a bit too heavy to carry.

The gift shop promised all the usual, from expensive coffee table books to costume replicas. There were also cheap tourist souvenirs, which were unnecessary really, as I think it undervalued the exhibition. But all in all it was a worthwhile visit, particularly if you’re fanatical about film or fashion. My only question is, why, in the last section where you’re treated to a crescendo of some of the most famous and elaborate costumes of all time including Marilyn Monroe’s ‘Seven Year Itch’ dress, Harry Potter’s Hogwarts robes and Christian Bale’s awesome Batman armor, is Sacha Baron Cohen’s suit from Borat featured? 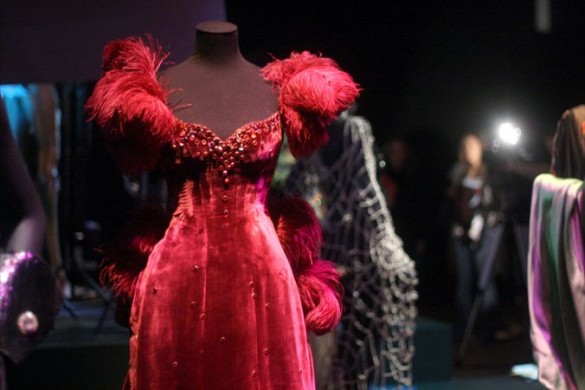