On a recent visit down the Brick Lane area it became quickly apparent that the Rebellion has infiltrated the street with some very savvy guerrilla urban branding. It’s a viral identity not orchestrated by a lone party but more by a series of artists and followers in a global movement. It is almost a model for “not-for-profit / open-source” branding. 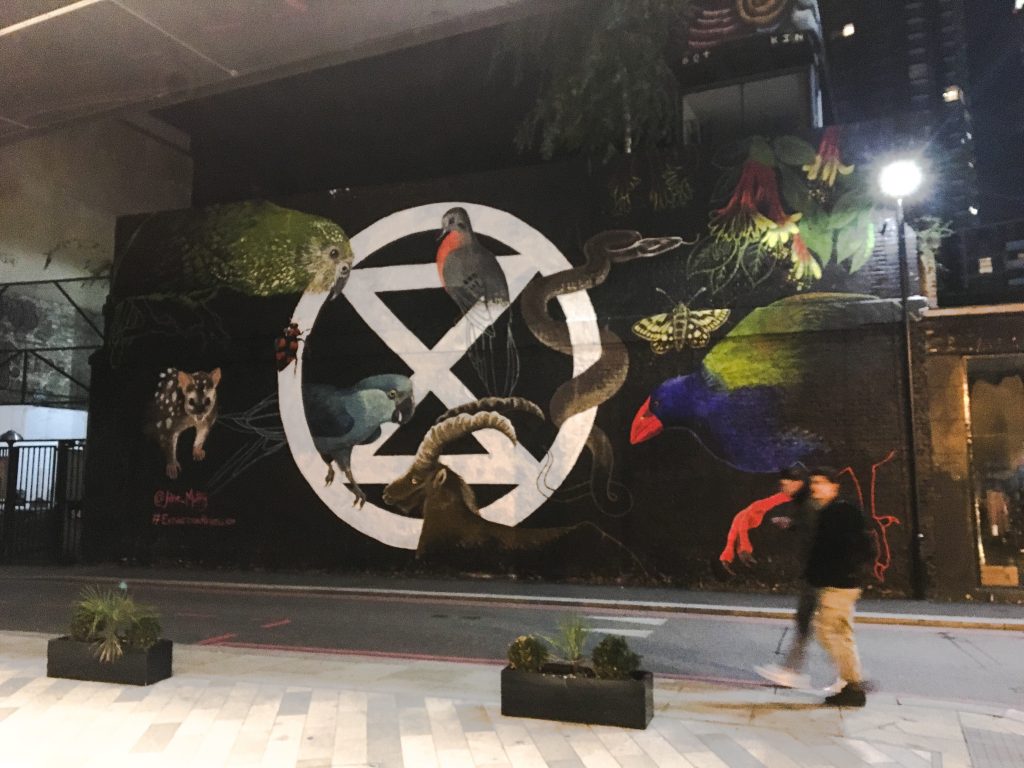 The most attractive value of the original brand is it’s brutal simplicity and secondary delivery of an hourglass icon. 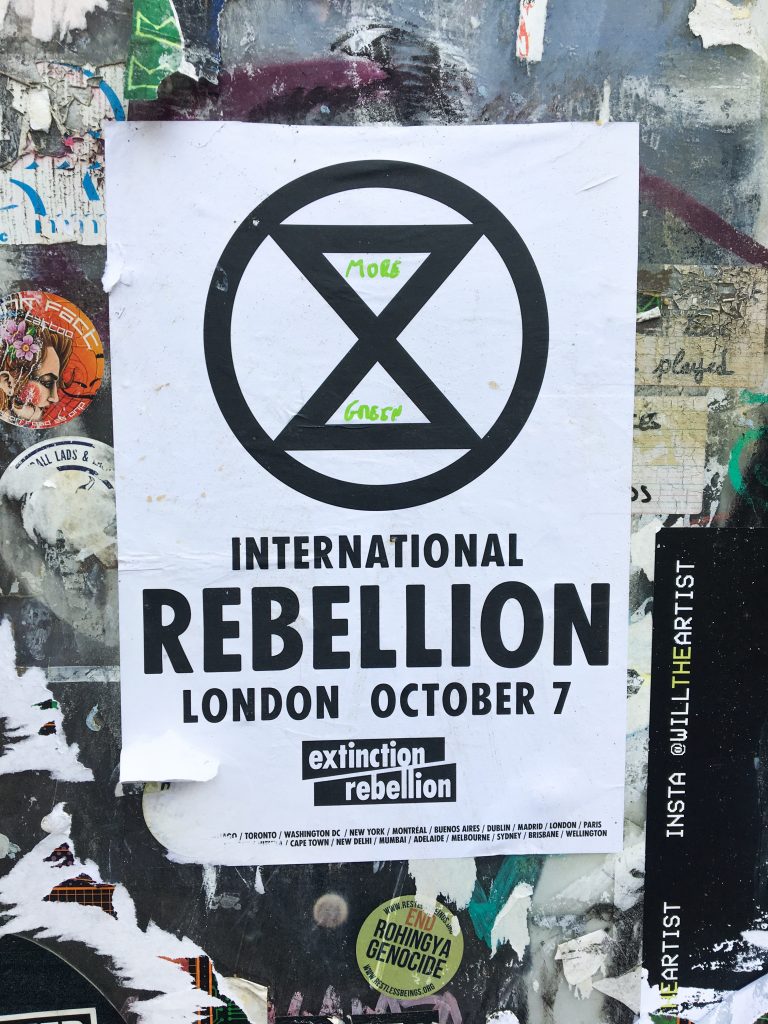 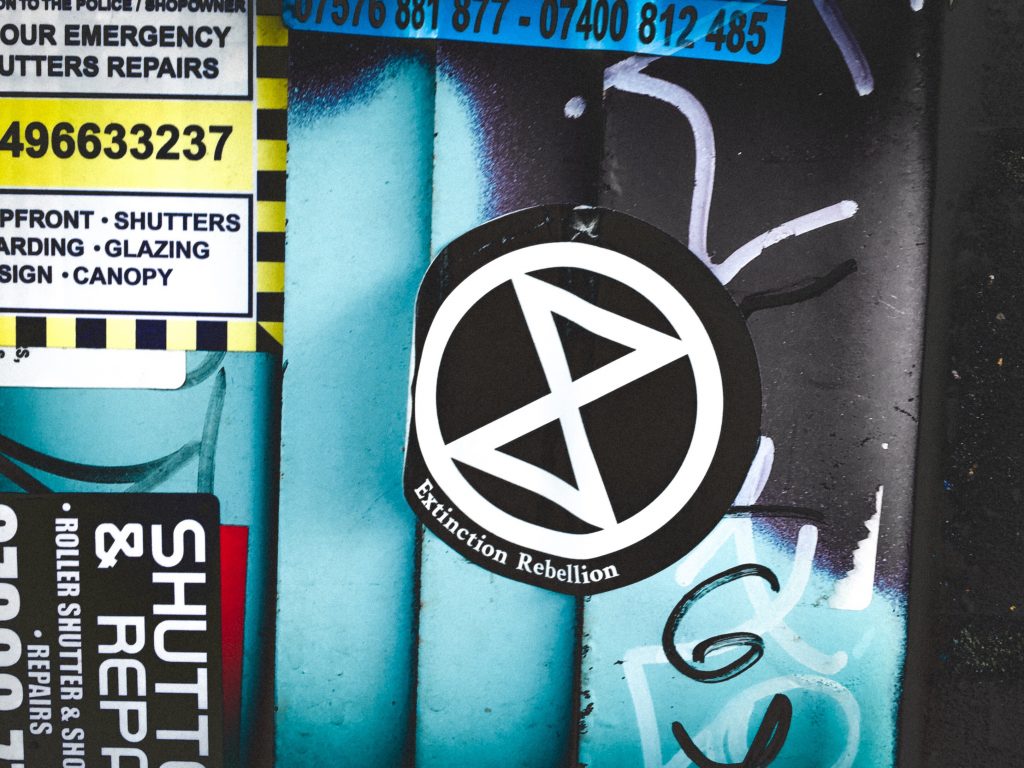 These little stickers which are no doubt handed out at various gatherings, have been pasted all over the streets of London

On first seeing the symbol you almost feel like you’re seeing the graphical callsign of some galactic militant wing. The diagonal and crossing lines used in a counter shape all rendered in constant line-weight creates a stark imperialist sigil. How wonderfully ironic then that this movement has shaken the political elite to the core. It feels like the Rebel Alliance vs. the Empire in Star Wars.

Also noted is how quickly consumer brands desperate for relevance have started to use the symbol in their own guerrilla communications. This example below shows a Fjallraven Kanken brand, although it may just be a hipster association from the artist creator “Will The Artist“. 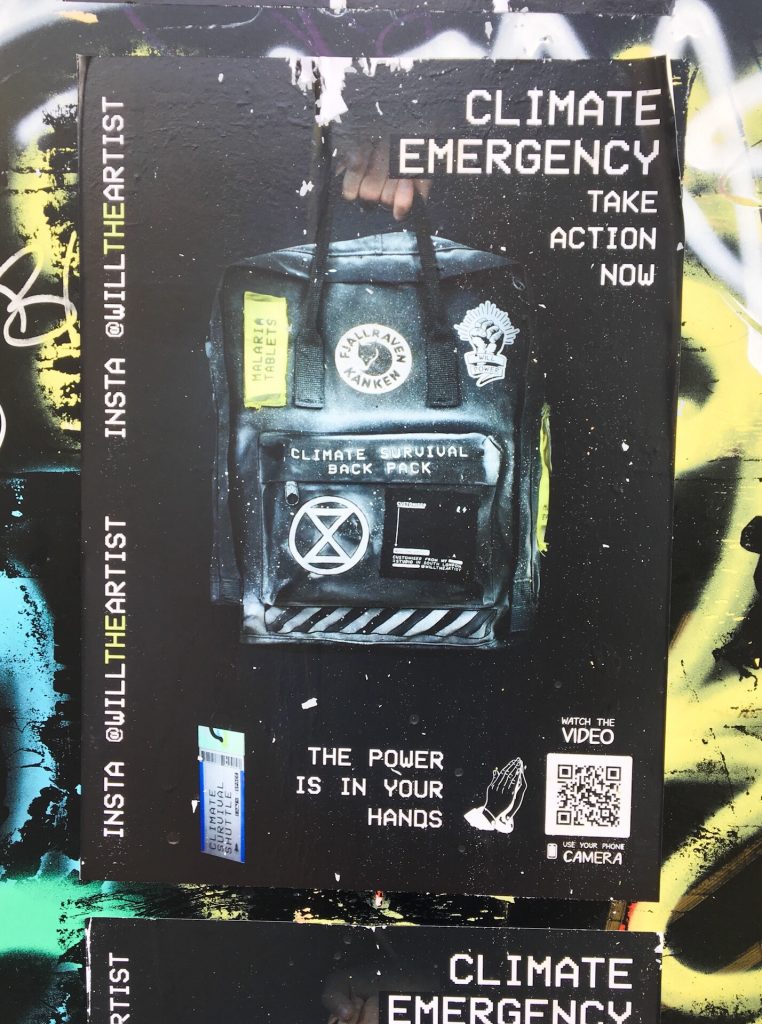