Christmas ads across the continent 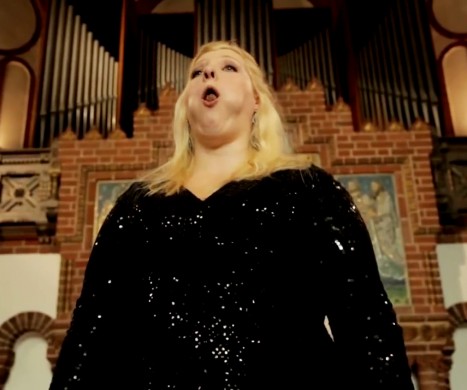 “A trafficked penguin, a creepy talking doll and trench warfare.” That’s Charlie Brooker’s roundup of this year’s Christmas ads. Stepping further afield, here’s how the rest of the world has been getting in the consumer spirit.

Animated food is a popular theme. Australian supermarket IGA’s ad sees a tap-dancing vegetable twirl across the table, making friends with its fellow mushrooms, olives and cheese bites. The festive cheer comes to an abrupt end as a colourful candy cane snatches the vegetable away. Lunchtime has begun.

In France, an important figure is about to make a Christmas speech. Before he can begin, the goose unexpectedly jumps out of its carefully-assembled dish.  Squawking that it has had enough, it struts off the table and straight out of the room.

At Christmas, most supermarkets produce mouth-watering ads that make you want to buy their food. German chain REWE has taken the idea of gorging and indulgence to its highest level. This year’s ad features a range of people stuffing their faces and singing Christmas songs, mouths wide open. While it’s hard to tell what kind of produce the supermarket offers, the ad is definitely memorable. Unfortunately, the ad seems to have disappeared overnight – perhaps because the taste is so debatable…Why don’t you see if you can find it?

The largest German supermarket group, Edeka, had an equally strange way of appealing to its consumers.  The ad begins with uninspired shoppers glumly traipsing around the aisles. Suddenly, the supermarket is plunged into darkness and the lead cashier assistant starts to rap. Unsure of what is happening, nervous smiles creep across the shoppers’ faces. Tills then flash bright red and green, and cashiers happily swipe goods in sync with the most-loved Christmas songs. After the freestyle grand finale, the crowd breaks into applause, beaming with delight.

The Nativity scene has also been a source of inspiration for Christmas ads. In Portugal, Opal Publicade combined the onesie fad with the Pope’s dismissal of the donkey and cow from the traditional Nativity scene. Dressed in onesies, the two dejected animals drown their sorrows together. One day, they are handed a motivational flyer that states: “Winners never quit.” This revelation sparks the desire to start afresh. After a successful trip to the job centre, the unlikely duo is finally accepted by the outside world.

French TV channel CanalSat also attempts to revive the Nativity scene. A man walks into his living room to find the characters from the Nativity scene hunched around the TV. Enraptured, this alien device commands their full attention. The tagline: “Waiting for the big event” compares the birth of Jesus to the latest series of Mad Men. Risky.

Given the heat, it can be hard to sell the idea of indulgence to Australians. In the past, Aldi has combined food with fun as a troupe of Santas lobby legs of ham to one another from surfboards. This year’s “Sun, Fun and Santa” focuses on a man who ridicules the Aussie summer Christmas. He finally succumbs to the tradition when offered a big, juicy prawn. Before long, the merry group enjoy a sizzling BBQ in a quintessentially European setting.

So, what’s our verdict on Christmas adverts? Judging by John Lewis’ success, sentimentality scores highly. The wholesome, honeyed idea of Christmas isn’t for everyone though. Humour – even if unintentional – will always have a place.