Tramps and the tube – are we all dependent on WiFi? 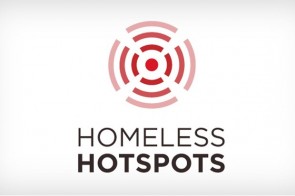 Yesterday I read two interesting articles (from both sides of the Atlantic) that made me realise that there’s no escaping the internet.

Everyone has a smartphone or tablet nowadays but what do you do when you’re out and about without a signal? Our internet connectivity dwindles and we feel lost, alone, isolated and naked – not for much longer thanks to Virgin Media, TFL and tramps! 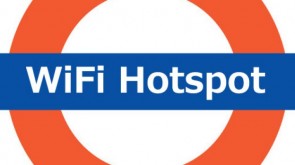 Virgin Media and TFL announced their partnership yesterday – 80 of London’s tube stations will be equipped with free Virgin Media WiFi from this July and a further 40 stations will be added to the WiFi network by the end of 2012. Great news, that’s just what I need, more people in their own world looking down at their phones, getting in my way as I change to the Northern Line at Bank every morning. I know I’ll use it, I know I’ll love it and by August I’m sure I won’t remember what it is like without WiFi on the underground. But for now I’m so happy not being connected for those 20 minutes each morning. I spend enough time glued to my phone as it is.

4G tramps on the other hand are exactly what we need! A New York ad agency has begun handing out MiFi WiFi devices to tramps for SXSW festival along with a t-shirt and a sign to advertise their service. ‘Customers’ can go up to the tramp and ask for the password and get super fast 4G signal in return for a donation (suggested at $2 per 15 minutes). 4G signal for the customers and the tramp gets to earn money for providing the service – a wonderful idea! Rolling it out in NYC is the next step depending on it’s success. The streets of NYC are where you would expect a signal, not in a tunnel 100ft underground the city of London!

Public opinion is that WiFi on the tube is natural progression and a welcomed scheme but ‘exploiting’ tramps is not. Surely it’s not exploitation if they want to sign up to host MiFi and can earn some dollar in the process – that’s helping not exploitation isn’t it? People seem to see this as a negative idea but I’m sure those individuals have never tried to help the homeless earn a small living – so they can pipe down in my opinion!

The bottom line is that we struggle to survive without WiFi and two of the world’s greatest cities announced their resolution to a WiFi problem yesterday – let’s see how popular they both become.

Previous Article Design a cover for PlayStation’s Access Magazine!
Next Article Imagine a world made of Lego