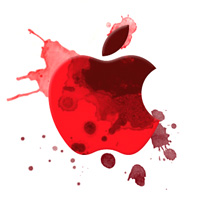 Apple have represented creative perfection for a very long while now. However, how much of their brand ethics have contributed to their success? And if that’s what it takes, should we be in adoration, or more likely, a bit concerned. As a consumer of technology – I’ve always had a problem with the way that they’ve treated me: Like a daft little kid that needs to be controlled and manipulated into their way of working.

Sadly, it looks as if they expect the same of the people who build their technology. Apple, according to the Guardian, treat their Chinese workers ‘inhumanely, like machines’. What seems like a bizarre, and some what out of touch, example of their control is the fact that the company is asking it’s employees to sign an “anti-suicide” pledge. This is a piss poor representation of humanity and what we’ve become – The ‘inconvenience’ of workers dying on the job of producing more kit that we don’t really need. Kit that, whilst produced by humans at the paid rate of 65 pence per hour, retails at ridiculously overinflated prices. 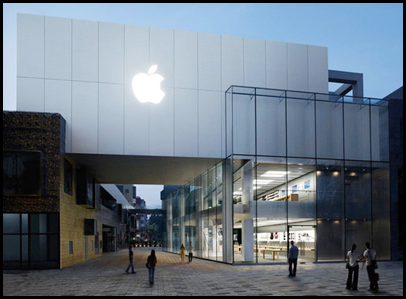 And what’s the consumers reaction? As the latest Millward Brown study points out, Apple has overtaken Google as the world’s top brand. What is more, Apple die hard’s (that’s figurative for avid consumers, not overworked employees) will literally fight for the brand, busting to get a piece of kit that is only a different colour to one they already have. I refer of course, to the recent Beijing store incident. It’s almost like we love to worship the most evil empire available (Google’s privacy concerns, not being quite evil enough), and we feel a little empty without it’s control. If we follow this formula, I expect to see Ryanair as the worlds most respected brand in, say, a couple of years.

I sincerely hope, that in the future, Apple consumers concern themselves a little more with how their loyalty to Apple manifests itself in both its effects on the environment and secondly the human race. We completed a little proactive campaign in the studio, that explores this theme – Have a look at our mock Needless campaign for charity War On Want.

Or, perhaps the other manufacturers could just pull finger give us an alternative way to spend our money – The consumer voting powers that be with their Dollar. Wouldn’t that be a positive outcome!