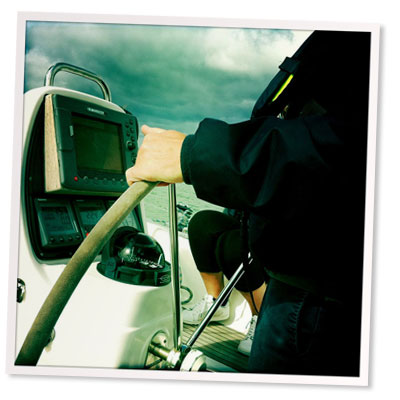 Taking advantage of the recent late summer weather, the Firedog studio closed down shop for a day and took to the seas across the Solent, just outside of the port of Southhampton.

The yacht in question was kindly provided via charter by Rob Davison at Alexir Blue. It’s a bit of a beauty this creature, a Bavaria 39 (Which Rob informs us is actually 41 foot, length ambiguity not being what you would expect from a German manufacturer). Built in 2007, it’s known as a performance cruiser, with four cabins.

In order to get a full day on the water, we headed down to the coast the night before. It was decided that the boys in the studio would stay on the yacht and the girls would inhabit lodgings on firmer ground. 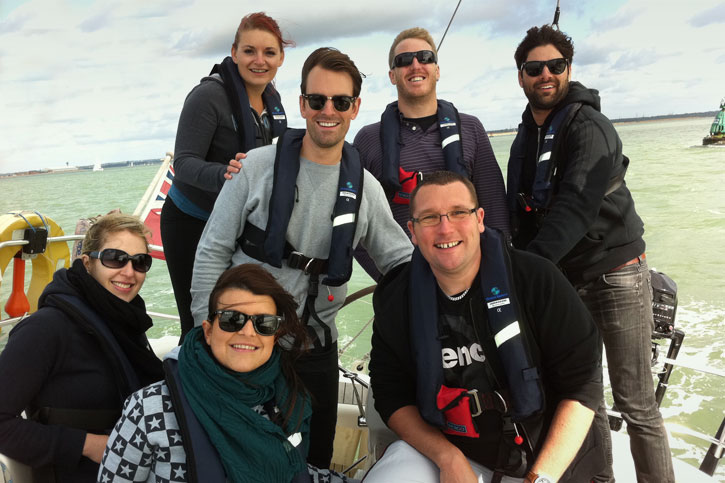 The Firedog crew – All geared up and nowhere to go

Following a rum soaked evening, the men had a decent fry up early in the morning, being joined later by the girly contingent (Having spent the evening we are told, washing hair and chatting about clothes). After which, it was a quick jaunt down to the pier and on to the boat in question. 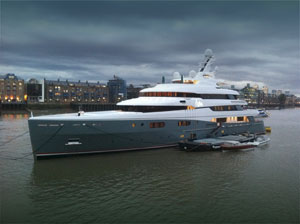 Deciding to slum it for the day, we left the Firedog yacht back in London

We were met by our skipper for the day, Martin – Who is by all accounts an absolute legend and full time businessman of the sea. He doesn’t work in an office; he works on a boat – Larking about at sea with other people and making money from the activities. He was notably perplexed by our repeated questioning around how this actually may be profitable. I still secretly believe that he moonlights as a tax officer, just to make ends meet.

After a quick safety briefing and a demo on how to use the heads, we were ready to cast off.

After a quick safety briefing and a demo on how to use the heads (the onboard water closet, my dears), we were ready to cast off. The team suited up in wet weather gear and lifejackets and tentatively looked seaward, ready for action. We putted along under diesel power until we left port before raising the mainsail and unfurling the Genoa.

The wind was a reasonable 12-14 knots, giving us a bit of a stiff breeze to work with. We set course for Cowes with the Hamble marina at our backs. Fenders were raised and we were on our way. 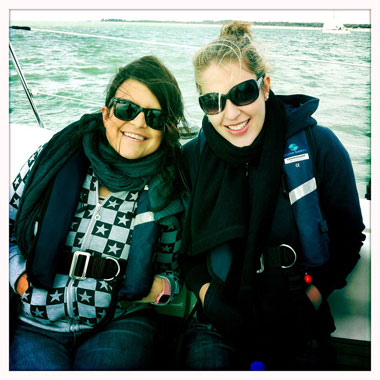 Firedog crew Miriam and Natasha – Looking stylish whatever the conditions

It’s probably quite important at this stage to note that some of the crew were more keen than others – Clearly there were doer’s and watcher’s. The doer’s aka. Proper sailors, took eager interest in tugging on ropes, setting sails and jumping about on the winches. The watcher’s well, watched on, and enjoyed the sun – Which had decided to grace us with its presence. Yours truly orchestrated a mild mutiny, sidelining Martin from the helm, before taking control of the team’s nautical destiny.

Yours truly orchestrated a mild mutiny, sidelining Martin from the helm, before taking control of the team’s nautical destiny.

We laid in about four tacks to get into Cowes, before stopping off for lunch at the yacht club, faking our legitimacy and sitting down to some seaside fare. Just at that moment the heavens opened and it started to bucket down. We watched whilst eating before the skies thankfully cleared and we were on our way again.

On the return journey – Sam jumped on the helm and put in a good stretch with an admittedly very true course. The same cannot be said for Hannah, who even though blessed with a seafaring attitude and the will of Triton himself, had all the spatial ability of a seal with one gammy fin. However, with careful (ok, screamed) tuition from Martin and the entire rest of the crew, Hannah was soon thankfully able to point the bow of the boat in the correct general direction. 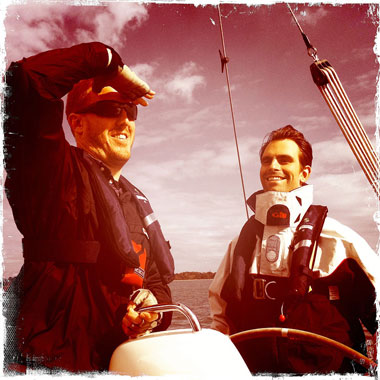 Is that land ahoy guvnor? Nah, it's just my attempt at some nautical vibe…

One of us, who shall not be named – Went below for an afternoon snooze. Much debate ensued upstairs about faking an entire mayday drill – With the idea of shocking said sleeper out of their slumber. Her colleagues disagreed with my general malicious intent, citing that it would be rather nasty and not very team-worthy. Fair enough.

…Even though she was blessed with a seafaring attitude and the will of Triton himself, she had all the spatial ability of a seal with one gammy fin.

We had a good stretch back to safe harbour, before Sam put in a couple of final tacks across the path of a few ferries – Just to make sure we were all still awake and focussed.

Mooring up the Alexir Blue, we reminisced about our enjoyable excursion and made tracks for the train back to London – Proudly experienced of life at sea. My thanks to the team who made the day a noteworthy experience and to Rob for the charter of a wonderful vessel.

Here are a few more of the pics – Thanks to our favourite iPhone App – The hipstamatic. 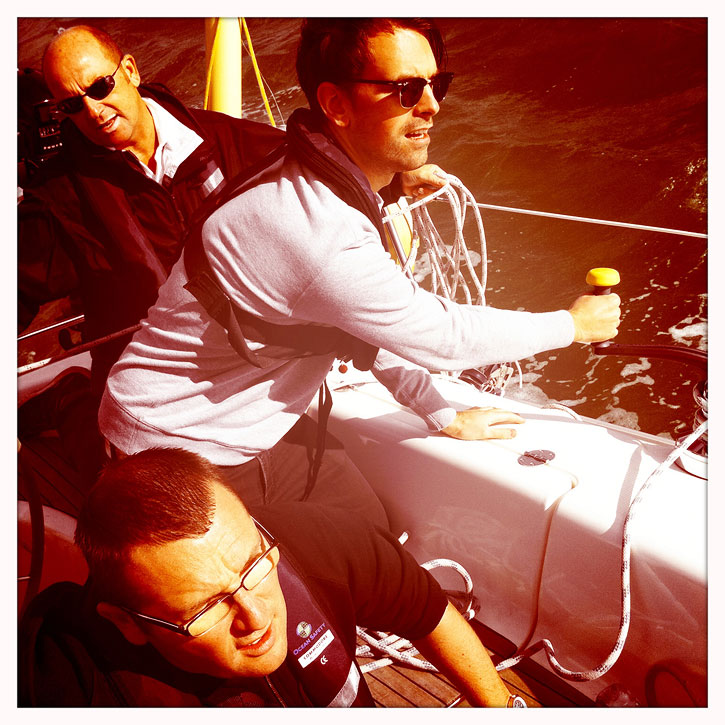 Serious sailing action – Either that, or the Firedog episode of Faking it! 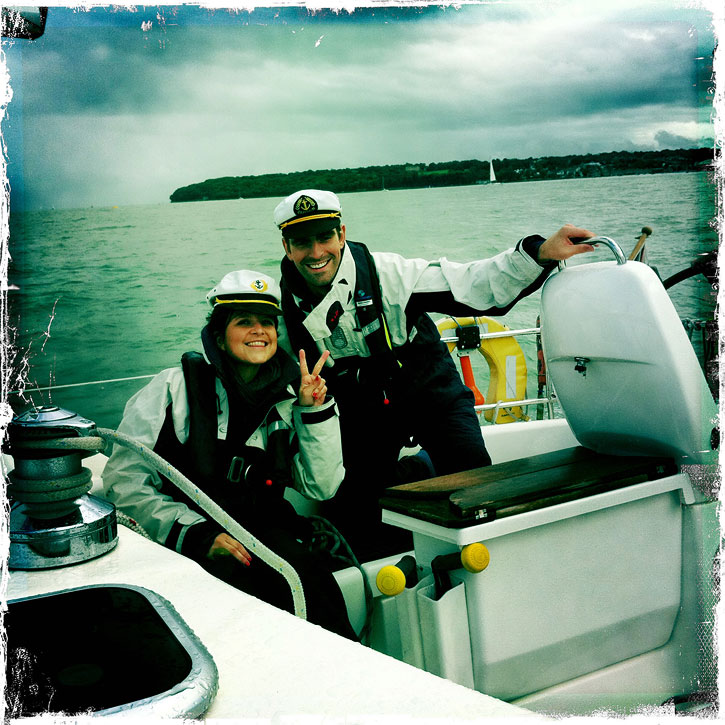 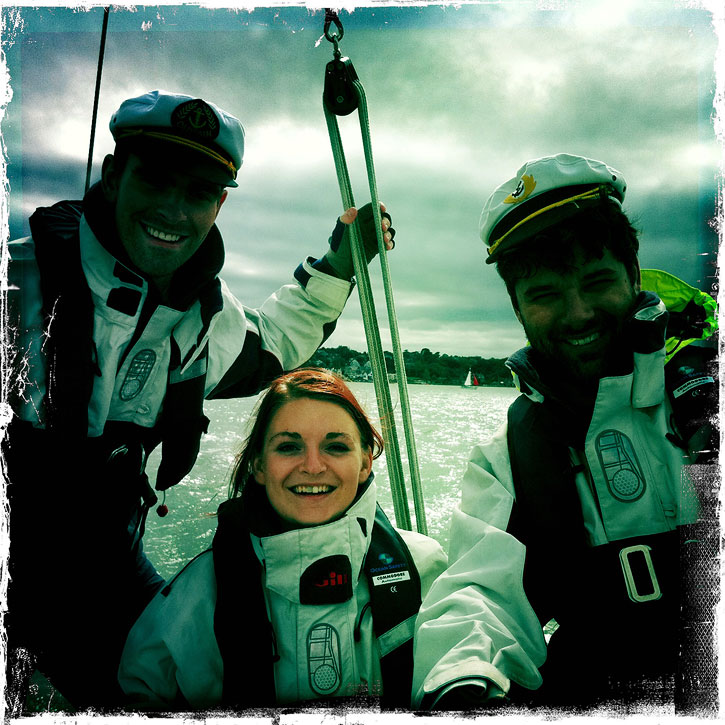 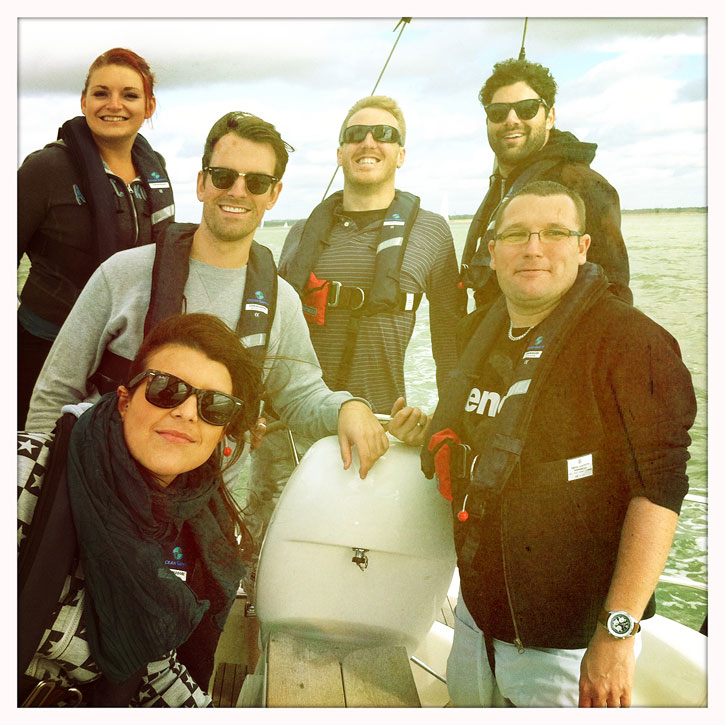 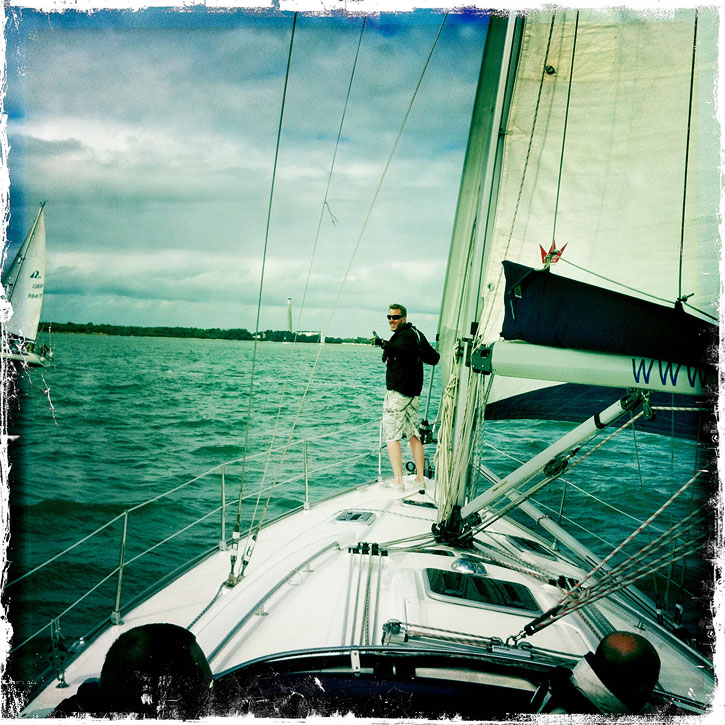 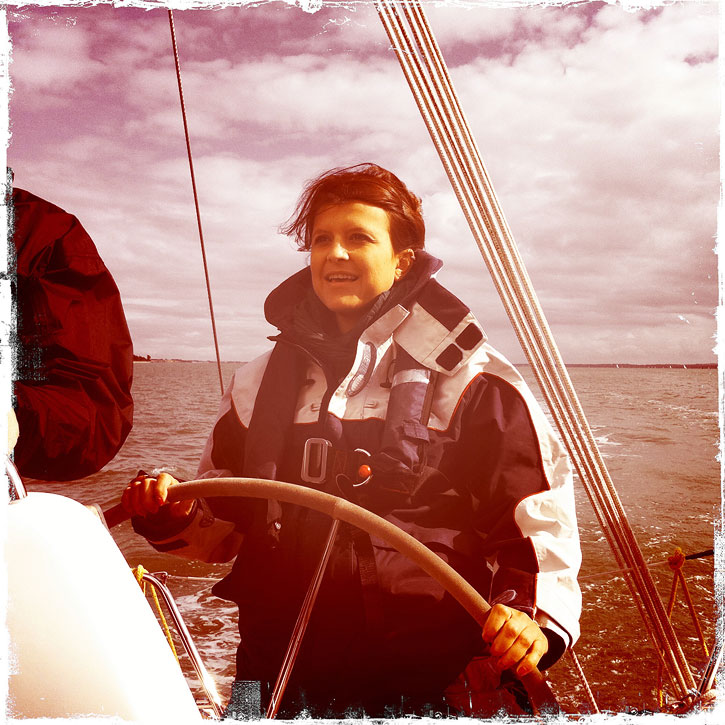 Previous Article A Firedog semi-tribute : Apple’s old master turned business into an art form
Next Article No escaping the inbox!