When the cat’s away, the mice come out to play. The Firedog translation? When the workload eases off slightly, the old dog likes to learn new tricks. From tree-swinging to silkscreen printing, greyhound racing to days out sailing, Firedog reveals its boundless sense of adventure. Over the years, the dog’s legs have been sufficiently stretched (in some cases literally!) with a plethora of exciting ventures. 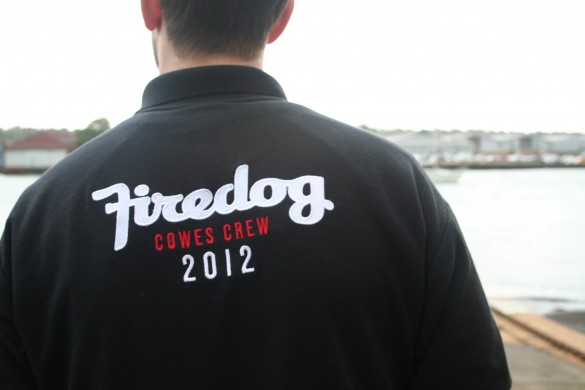 The antithesis of fire, many team activities have involved water. Maybe this is because the dog’s heart lies with arch nemesis Aquacat. Or maybe, it’s simply because Cliff loves water. In August, Firedog tradition dictates shutting up shop for a day and heading to Cowes for the town’s annual sailing festival. This is one of the longest-running regattas in the world and offers 40 daily races, up to 1,000 boats and around 8,000 competitors, as well as live music and cocktail parties. While participation is consistently strong from every team member during the all-important team bonding drinks the night before, sailing day clearly sifts “do-ers” from bystanders. Some prove themselves to be the “all-hands-on-deck” types, while others (who shall not be named) have been known to take this as an opportunity for a cheeky snooze below. Cliff fondly looks back on Account Director Hannah’s attempts to avert the Firedog crew from danger, as he claims that “Hannah had all the spatial ability of a seal with one gammy fin.”

Cliff: Hannah had all the spatial ability of a seal with one gammy fin. 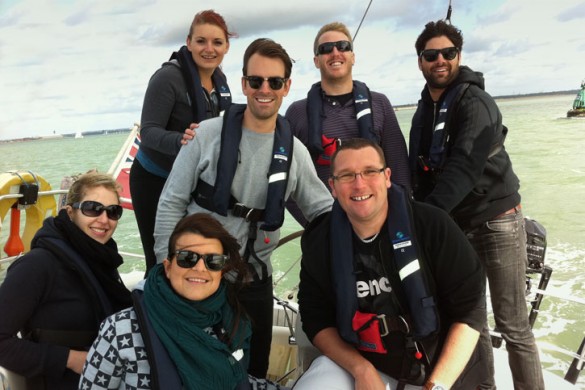 Marking the launch of our new brand identity a while back was an event at the legendary music production group, Metropolis. Based in the iconic Powerhouse and responsible for the recordings of artists such as Amy Winehouse, The Stone Roses and Lady Gaga, this was an incredible insight into the recording process. Metropolis gave us a tour of the studio; we met the engineers and drooled over the world’s best audio equipment. The mixing deck alone spanned about four metres! After this, we watched Whiskey and the Wilsons record an album, which was pretty exciting as we stood just a couple of feet away from the band. Next, it was our turn to lay down a track. Thankfully, the Firedog collaborative effort was polished by a resident engineer before we happily walked away with 50 limited edition one-off vinyls. 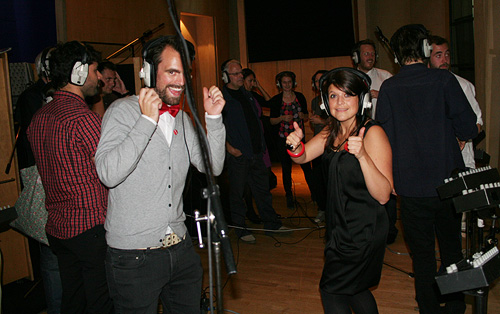 Marking the launch of our new brand identity a while back was an event with the legendary music production group, Metropolis.

Firedog’s birthdays have also proved reason for much celebration. Our fourth birthday party had the theme of “So Long Soho” to tie in the move from Soho to Hoxton Square. To earn their free beer, the staff and some other creatives were challenged to produce their own perception of “So Long Soho”. Other birthdays have included dressing up as 9 year olds (guess which birthday that was for…) and a night at The Reliance with a dress theme of “Shoreditch style”. 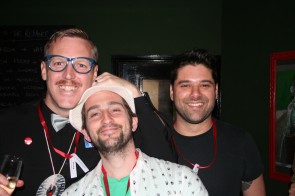 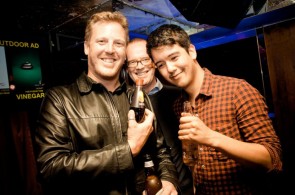 Back to the more active stuff, Cliff reminisces over a Firedog trip to Go Ape: “This was a lot of fun – mainly because we got to fool around acting like apes, whizzing around on high-speed zip-wires.”

A trip to Walthamstow Stadium Greyhound Racing Track similarly saw a lot of whizzing around. For Cliff, “watching a few razor-sharp pooches hurtle their bones around a dirt track is a cause for much refreshment (of which there was plenty indeedy).” The team had a bit of a wager as well – a crisp tenner was handed out to each of the Firedog punters. Choosing how to use the money revealed a clear distinction between the careful and the carefree…

Among other water-themed activities are wakeboarding and laser sailing. When the team attempted static line wakeboarding, the “give the dog a bone” line came to mind. Despite enthusiastically lunging for the line, unfortunately, most members of the team missed and dropped straight into the water. If someone did make it onto the line, arms felt as though they were being ripped out of their sockets when turning the first corner. Despite our best efforts, the Firedog team didn’t manage a complete lap…Cliff recalls laser sailing: “We were just thrown into the water like floating bathtubs.”

Contrasting these soggy situations, Firedog has infamously hosted a good few barbeques over the years. As well as enjoying the privilege of the summer sun in Hoxton Square during lunch breaks, sausages sizzling on the studio roof space fits our fiery nature…

Recently, we got our mits dirty with a bit of silkscreen printing at Print Club London. The history of silkscreen printing was explained to us and we got to make our own two-tone prints. Giving ourselves the theme of happiness, images ranged from Friesian cows to games consoles to quotes from Doctor Seuss. All in all, this was a lot of fun.

Hopefully these snippets of what the team has got up to over the years reflects the Firedog spirit of energy, loyalty and, most importantly, adventure. 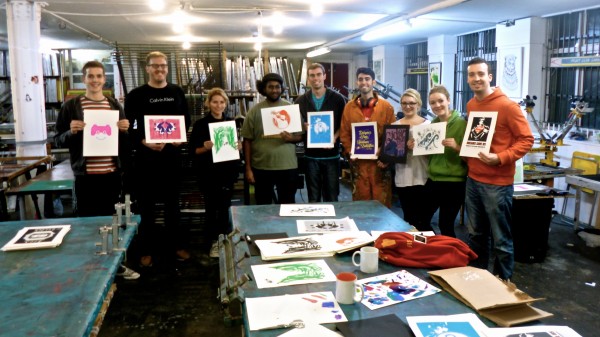 Previous Article The ultimate guide to creative design agency roles
Next Article Working at Firedog: ex Firedoggers have their say…