There’s been a very prolific trend of late to render almost any graphic look and feel in a flowery, organic way. Think of the latest Orange broadband billboard campaign, the sony-ericsson campaign for whateva phone it was. And now we have the me-too’s sure to follow in quick succession. You read it here “STOP THIS FLORAL INSANITY.” 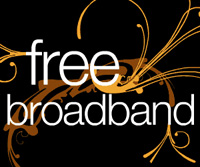 It’s not that I don�t like flowers, I do – very much. It’s just that at these crazy levels of saturation I get flashbacks of standing in a circle, holding hands and singing kumbaya, my lord. I mean its not like we all live in the garden of Eden – and just where are those placid waters and gentle skin loving tendrils of human happiness so carefully executed in your advertisements when I spend one and a half hours listening to the muzak on your customer services ‘hotline’? (No direct dig at Orange communications intended, they just have the easiest ads to find) 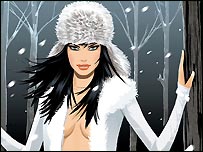 It’s not the first time we’ve seen this designers visual alliteration. Cast your mind back (not very far tho as it still plagues us to this day) to the flat vector illustration trend as originally crafted by Jordi Labanda. I think the crescendo to that design nightmare was life insurance ads looking like Hed Kandi CD covers. {Shivers profusely}.

And it’ll happen again and again – as long as there are people in this industry that are merely a IDE cable between the world, their eyes and their latest G4 (or is it G5 now?). In order to be truly original you need to be offensive, unpopular and a little smelly. Doesn’t really make business sense then does it?

How does one retain a sense of originality without peeving the client / suit / rest of the world off? My advice is to dig a little deeper than your morning Metro and Campaign weekly – There’s an entire creative world out there and trust me, it’s been around for a while.