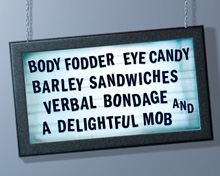 It promised to be a delightful mob tied up in some verbal bondage and it certainly was. Firedog recently landed in it’s fourth year of trading so we decided to celebrate the occasion by holding an art exhibition in Frith street’s Tapestry Gallery entitled ‘So long Soho’, which will be running for the next week or so if you’re in the area. The reason behind the name is that we’re getting ready to move to another part of London, out of the basement and onto the first floor! It’s been a while since the trolls saw some sunlight. Hold thumbs for them though as the ink has not yet completely dried on the contract. 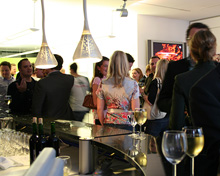 More about the party: We had a good turnout at around just under a hundred of our clients and creative partners, plus a couple of unfamiliar teenagers we suspect the bartender snuck in. Anyway, instead of punting all our commercial creative of the last few years, we decided to have a little fun with the exhibition. We put this challenge out to our own staff and some other creatives associated with firedog: To earn their free beer they had to produce their own perception of ‘So long Soho’. The beer, by the way, (kindly sponsored by Cobra and London’s Fuller Brewery (http://www.fullers.co.uk/)) got the party well-lubricated. Never underestimate that low calorie stuff… 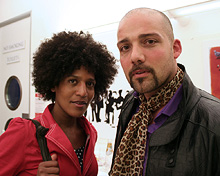 We had quite a few interesting entries, including yours truly’s, which got taken down for the remainder of the week, only really able to be shown on the night itself and, luckily for you, on this article. Who would’ve thought in this day and age that a blown-up self portrait of a man desperate to hire himself out as a ‘pre-op trans-conceptual’ would cause such a stir? I should be offended. Oh well… the pieces went down a treat with the guests and a few of the creatives even spurned some illicit art dealing on the side.

All in all a good night enjoyed by all. Some of the entries are shown below. 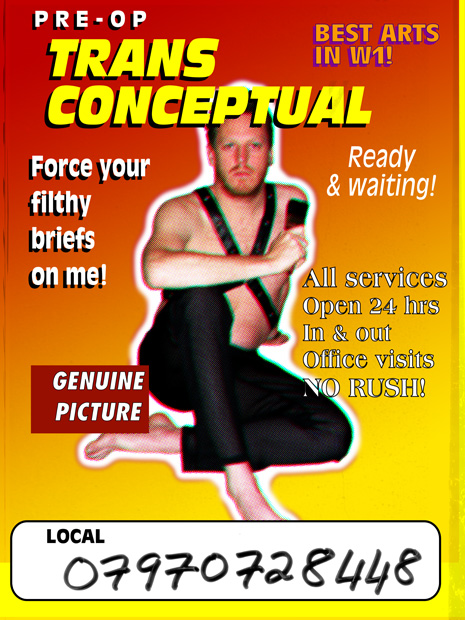 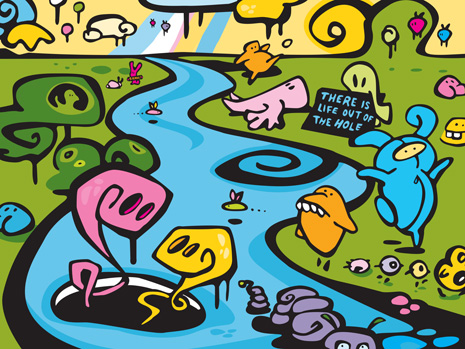 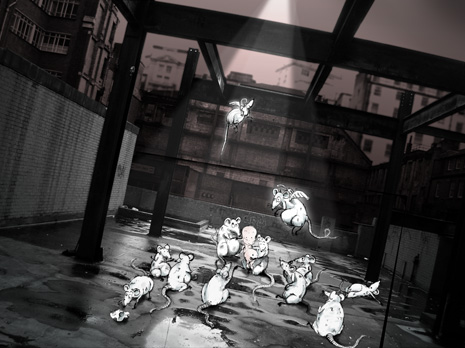