Any portfolio in a storm

A bit mouldy by now, but worth a fair wad?

An object – any object – has value if enough people desire it, which is why in 2004 a decade-old toasted cheese sandwich bearing the image of the Virgin Mary sold for $28,000 on eBay.

Discovering value in unexpected places can be the key to effective branding too, where little nuggets of corporate value can be finessed into something memorable, and of magnitude.

these and other offbeat investment opportunities can have real potential.

Periods of economic uncertainty are a reminder that traditional investments can plummet as well as soar in value. While real cars, model cars, red wine and stamps may seem unlikely moneyspinners these and other offbeat investment opportunities can have real potential.

Darling, you probably don't want to hear this – But I was parallel parking this morning and…

The top end, the vintage and luxury car market is surviving the downturn.

In early May 2010, an Art Deco-style 1936 Bugatti Type 57SC Atlantic became the world’s most expensive car, when an unknown bidder paid $30m (£20 million) for it. Days later, Radio 2 DJ Chris Evans spent £12m on a rare 1960s Ferrari 250 GTO, which would have cost half the price two years ago, according to experts. Then, in June, at the annual Aston Martin auction in Newbury, a record £4.7m was realised from frenzied bidders, with a 95 per cent sell-through rate.

Rare collectables as an investment opportunity.

Postage stamps have historically proven a strong and safe investment in times of economic, social and political upheaval. Stanley Gibbons is synonymous with stamp collecting, and the Gibbons collection houses more than 3 million precious stamps. In 2003, Stanley Gibbons established an Investment Department to cope with increased interest in rare collectables as an investment opportunity, and now offers a selection of investment options. Typical of the kind of prices rare stamps can command is the 1855 New Zealand ‘penny orange’, which has a catalogue price of £32,000. Gibbons also deals in collectible signatures. 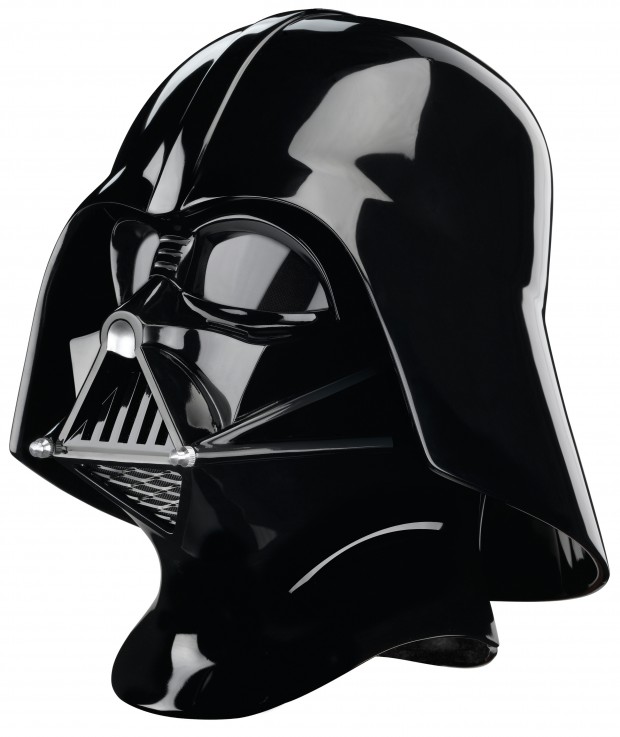 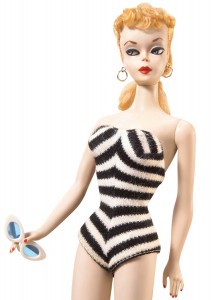 Daddy, daddy – I absolutely MUST have that doll for my birthday.

Take matchbox cars: the market rate for a boxed 1966 Opel Diplomat is £4,500, while the world’s most sought after Matchbox is the 1955 Quarry Truck, one of which sold for $15,400 during the recent 25th Matchbox Club Convention. Another premium toy is a 1959 Barbie No. 1, which in mint condition will fetch £4,000. The world’s most expensive teddy bear, meanwhile, is from German toymaker, Steiff. The company celebrated the teddy bear’s 125th anniversary with a limited edition bear, whose fur is made of gold thread and who has eyes of sapphires and diamonds. 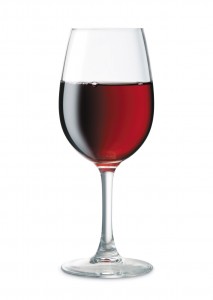 Oddly, not included in the Sainsbury's / Tesco Christmas price war.

According to wines and spirits magazine, Decanter (decanter.com), Bordeaux makes up more than 90 per cent of the wine investment market; of the top ten wine investment opportunities in 2008, nine were Bordeaux wines, with a single Burgundy slipping in at Number 10. The publication advises that, generally, the back vintages offer greater investment potential than more recent vintages. One of the top-performing Bordeaux wines is Chateau Latour. Cases of 1996 Latour bought in November 2006 for £3,900 were selling for £5,950 in June 2008.

With antiques, the buzzword with the experts is ‘specialise’. 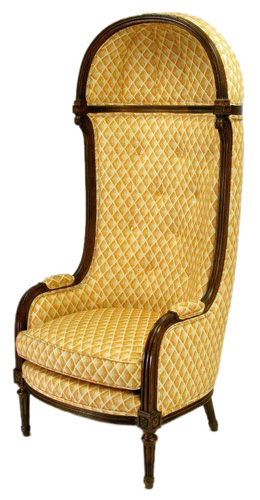 Do take a seat, my dear.

How many episodes of Antiques Roadshow feature at least one person struggling to remain upright after learning their family heirloom is worth a life-changing sum? Quite a few, and with good reason. With antiques,rarity, quality and condition confer value, with age being the key driving factor. Top end antique furniture, for instance, exhibits outstanding craftsmanship and beautifully aged woods, such as walnut, oak and elm. A glance at upcoming Christie’s auctions tells its own story.

A pair of early 18th century Italian walnut commodes are expected to fetch between £80,000 to £100,000, while a pair of Louis XVI vases are listed at between £150,000 and £250,000. With antiques, the buzzword with the experts is ‘specialise’. Don’t buy a range of antiques, because collections will often appreciate in value more than a mix of items.

First edition books are highly collectible, and the more popular the novel, the greater its value.

What, that old thing? I've been using it as a coaster for my G&T! 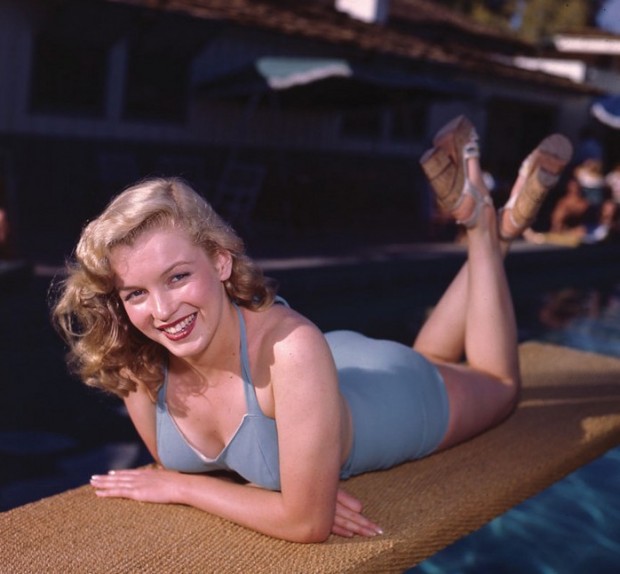 Hollywood stars’ enduring and cross-generational appeal makes the movie memorabilia market an attractive one for investment opportunities. One of the leading movie memorabilia auction houses is Profiles in History (profilesinhistory.com), and the list prices for its upcoming summer auction make for mouth-watering reading. 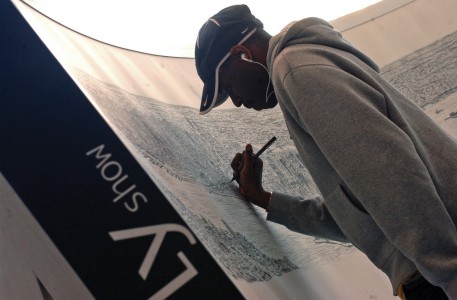 a Wiltshire painting – a rare medium for him – entitled ‘Times Square at Night’ is being auctioned at Christie’s this summer, and is expected to fetch between £10,000 – £15,000.

The market for contemporary British art is underpinned by quality, and it’s almost unheard of for an artist with no formal training to join such elevated company. Yet Stephen Wiltshire MBE is changing this. Wiltshire, 36, was born with severe autism, and was identified as an artistic genius aged 3; he has the remarkable ability to paint buildings and cityscapes from memory, to an astonishing degree of accuracy. The artist has his own London gallery (stephenwiltshire.co.uk), and much of his work is corporate and civic commissions. But auction houses are now beginning to register interest in his work. Former president of the Royal Academy, Sir Hugh Casson, has been moved to describe Wiltshire as an artist able to “shower people with sparks”. Casson’s words were prophetic, because a Wiltshire painting – a rare medium for him – entitled ‘Times Square at Night’ is being auctioned at Christie’s this summer, and is expected to fetch between £10,000 – £15,000.

I can't tell you the time I'm afraid, my watch is in the safe back home.

A rare Patek can set you back more than you’d pay for a three-bed detached house in Reading.

Watches are not only practical and handsome, but increasingly, the upper reaches of the market is providing some timely investment opportunities. Sotheby’s sales in New York, Hong Kong and Geneva hit an all-time high in 2008, at the height of the Credit Crunch. Vintage Rolex and Patek Philippe watches from the 1920s to the 1960s are the most sought after, and the most valuable; a rare Patek can set you back more than you’d pay for a three-bed detached house in Reading. Auctioneer Bonhams held a fine watch sale in June, 2010 resulting in some eye-catching sales. One client who bought a Rolex GMT-Master in 2009 for £5,500 sold it for £11,000, while sports, militaryand chronograph watches are all sought after. Wise buys can be rewarded with a solid return, such as a Rolex Submariner (worth around £200 brand new in 1972), which can change hands for between £10,000 and £15,000, depending on condition.

Original text taken from the Art of Equity – Printed as a broadsheet in late 2010. Email the studio if you would like a digital copy…

Previous Article The whole kit and Kaboodle
Next Article The Ambivalence of Identity and Future Fantasteek!